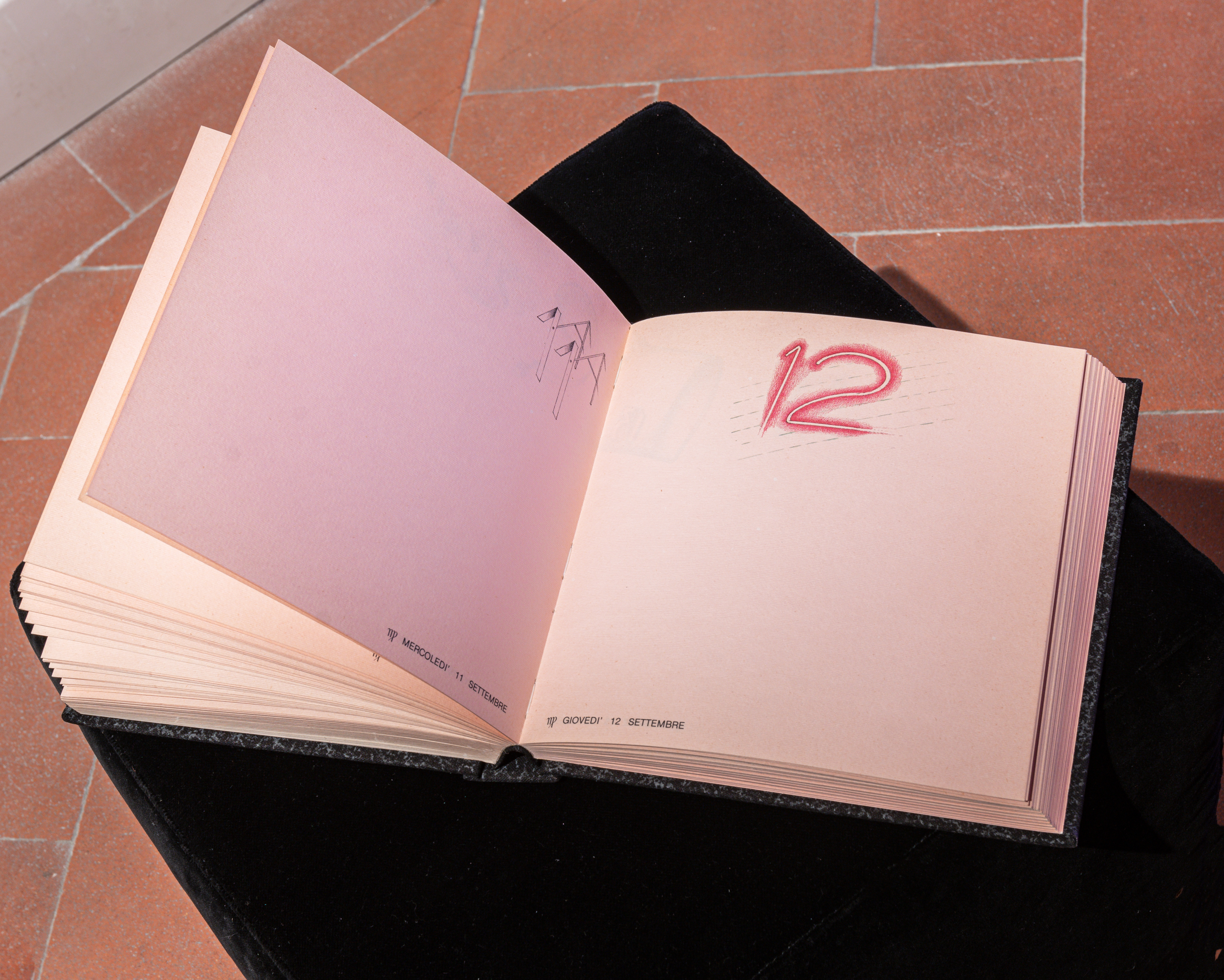 EXPANDED REALITY#1: The awareness that the art of living is the only art.

TIME AS A SPIRAL OF GEMSTONES

This personal organizer is the expression of a great ambition. Certainly not that of explaining one of those great insoluble problems linked to Time and Space, units of measurement from which every human work is derived, but that of addressing to someone a small and delicate word in which everything is said, and nothing.

Secretary of sensations, of fragments, of moments, this object is supposed to be a discreet good friend, a hidden prompter, a trusted companion when moving through the great Order of Number and Time. A time regarded as mathematical structure, cyclical time, mythical time more ancient than memory; a Time that asserts the creative idea that in Number lies the secret of all things.

Each page a number, each number a different and mutable day, each day a different image to go to meet without haste in order to be steered towards the event, towards all the events, to announce the aspiration that out of absolute time/timelessness will burst the renewed strength needed to go on living in spite of a meaningless reality.

Page after page, day after day – the slight variations in colour and form sustain a sense of change in which the present moment is absolute and cannot be renounced – the images, artificially and deliberately reshuffled into discontinuous elements, will be able to convey a sibylline vision, a poetic interpretation, a stimulus that is all the more surprising the more it is revealed to give substance to almost forgotten emotions and desires, through a virtual, as well as solitary and terrible, objecthood.

This objet de chevet, which can only belong to us in the way that what the senses convey and the mind turns into thought belongs to us, stems from a deep desire for love and joy. And, above all, it contains an omen: the awareness that the art of living is the only art.”

…so as not to stand still has been made possible by Aldo Lanzini’s suggestions for the reconstruction of the iconography and by the support of the Galleria Federico Vavassori (Milan). In collaboration with Kunstverein in Langenhagen where the exhibition will be shown in an adapted version (spring of 2021).

…so as not to stand still, the first solo exhibition by Cinzia Ruggeri (Milan 1942-2019) to be held in a public institution, opened on 12 September last.