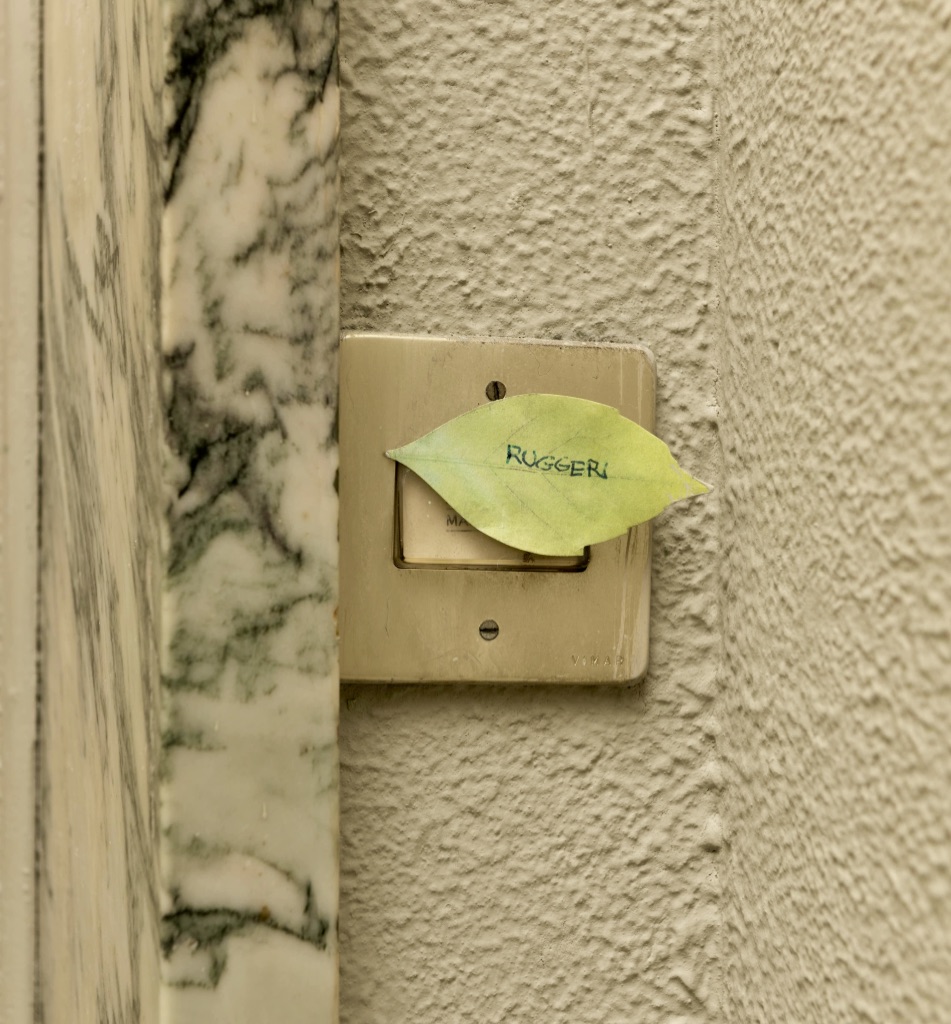 Casa Masaccio/Centro per l’Arte Contemporanea has the privilege of presenting the first solo exhibition by Cinzia Ruggeri (Milan, 1942-2019) in a public institution.

…so as not to stand still, the first exhibition of Cinzia’s work ‘without Cinzia’, restores Casa Masaccio to its original use through the dissolve of a domestic fantasy, turning the spatial system into a sort of machine for living.

Guided solely by her feelings and not by needs, eclectic, daring and visionary, eccentric and effervescent, but above all rigorous, Cinzia Ruggeri always coalesced art, design, architecture and fashion with indefatigable voracity, blowing all their definitions to smithereens. Furniture and settings, accessories, clothes like works of architecture that can be worn but above all lived in, clothes like stairs with fluid geometries and clothes in the form of a ziggurat, the Sumerian ‘mound of god’. With lyrical and existential modulation, her objects are concoctions of words, ordinary, everyday things that, with unstated, ambiguous and subdued language, claim attention above and beyond any habit of our perception.

In this abode with an unforgettable past, the world of Cinzia Ruggeri has taken possession, with stealth and irreverent irony, of the silence of the rooms and their abolished duration, of  thymic cathegories as well as affective tonalities. In a sort of topophilia, her practice is set out in the bones of this introverted architecture and, between lullabies and memories accumulated for generations, oversights and past solitudes, leaves shadows and traces of having been there.

Visitors are greeted by Il bello delle bandiere è il vento (The Beauty of Flags is the Wind, 2018) and the effigy of Scherzi, the beloved schnauzer who introduces them to the semantic traits of dwelling.

In the living room, in a close dialogue with nature, we find scattered the melancholic ruins of the last elephant which, prevented from reproducing genetically, has exploded and is perpetuated in objects of domestic use. Suspended between the organic and the artificial, Abito Primavera (Spring Dress, c. 1980) with its April green wounded by the branch of a peach tree, sews the wind to the earth. And again, from a suit as rough as a dry-stone wall, spring crocodiles and flowers.

In the sleeping room, dressing-gown allurements in the warm darkening of an Aegean crescent moon* and ‘a shadow which you can lie down on’, watched over by the wardrobe she thought about in those years spent between the two seas, there where the land ends and the water suddenly begins. Inspired by the colours of the religious confraternities in Good Friday processions, its heart transfixed by a dagger, it still holds on to the odour of salt spray and garden, while the voices of the night drip laughter and words, letting the dawn enter through other cracks. To the ‘powder room’ are assigned bathrobe pleasures. Plastered with sea sponges, summer gems and stormy devotion to the sun, the measures of the intimate shine amidst the liquid expanse of indifferent blue of an untraceable abyss. In the dining room, alongside the cave of prophecy of a fireplace, lives the Abito Tovaglia (Tablecloth Dress, 1984) that spreads its whiteness in sibylline fashion until it becomes an extension of the body to functionality.

Above, up there on the top floor, as if in a sort of hangar, the representation of the opening sequence of La Règle du Jeu (The Rules of the Game), a film made by Jean Renoir in 1939, with the dual crashing to the ground of the glider and of the love between André and Christine. The aviator and his lover wounded, in the meantime… a ceiling of nostalgia / explodes in the air and an echo is heard…* The glide of an absent love, a flight as incomplete as The Art of Fugue (1747-50) is incomplete. The ancient bond of the day and the night reverberates while the theme of Johann Sebastian Bach’s late counterpoints interweaves the human relations evoked by ‘O Superman’ (1981), Laurie Anderson’s first single.

Cinzia Ruggeri takes us on a flight to an elsewhere in which beauty is the prey of an instant.

“……….there are already plenty of useful objects that perform their function perfectly; what I’m looking for is a way to communicate, to interact with them. For example: a glass with a pendant that joins in when you take a drink by clinking against its side or a shadow which you can lie down on or a shower in the form of a hand with which the water caresses you. The same for clothes. They too interact with the person wearing them. Like the application of liquid crystals that change colour on the basis of the body’s temperature or clothes with LEDs that you can make light up when you meet someone you like…

I like capers, and artichokes in particular, Oscar Schlemmer’s Triadic Ballet and gliders. 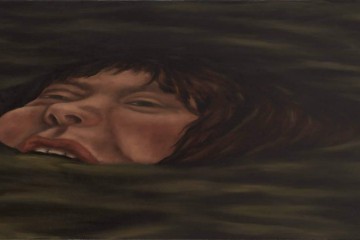 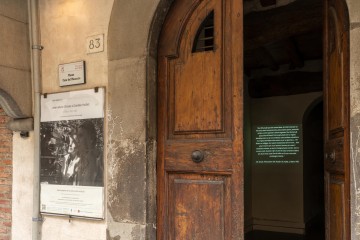 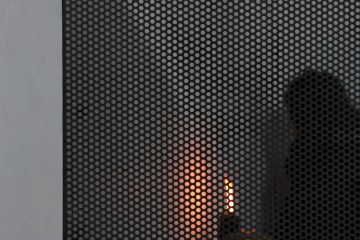