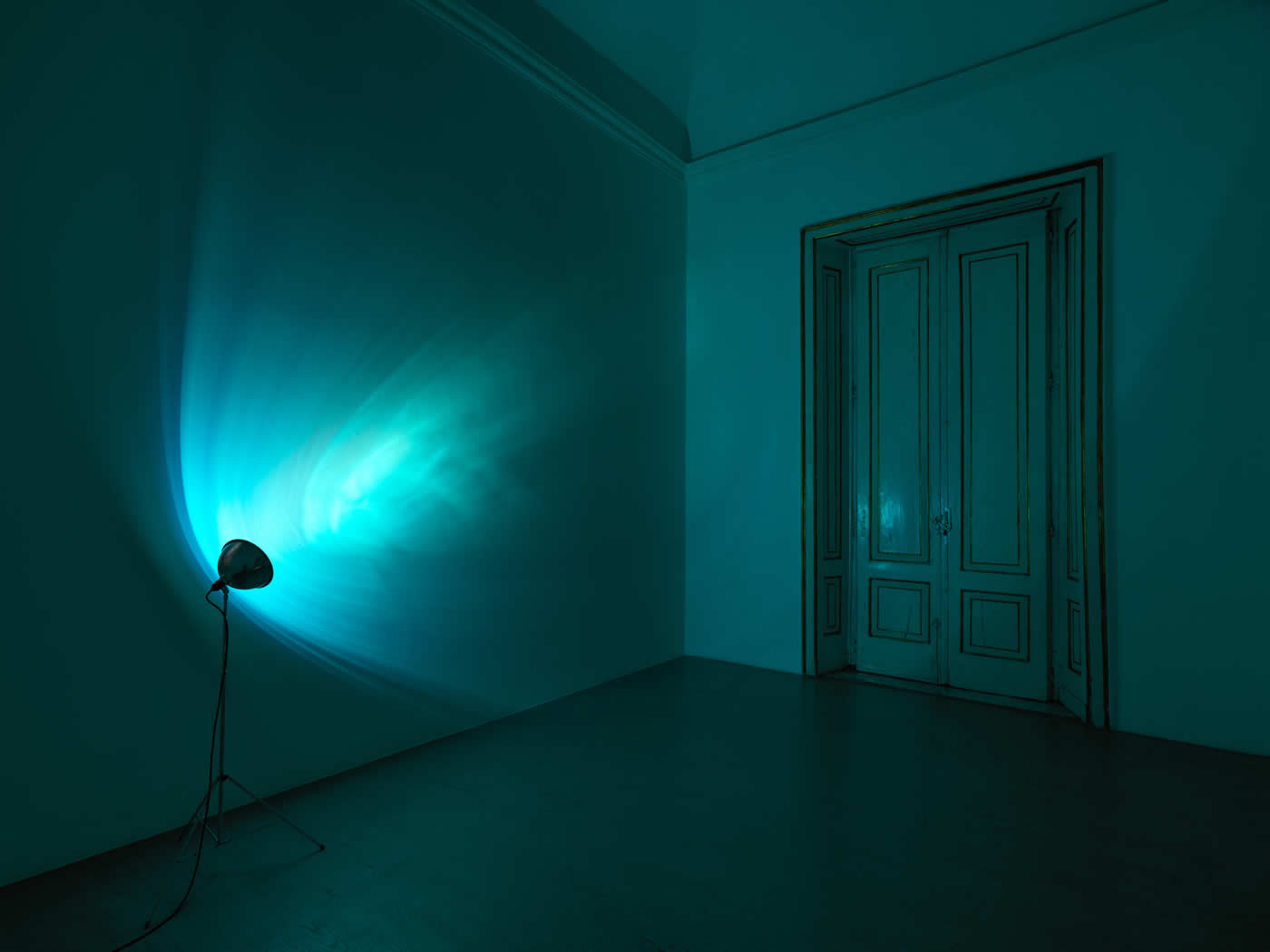 The exact last words pronounced by Johann Wolfgang von Goethe before breathing his last serve as the title for the coming exhibition at Casa Masaccio | Centro for l’Arte Contemporanea, which will open on 30 October 2021.

The concept of light has been a fundamental element of the history of art, as well as an indispensable means for the vision and transmission of colours in space, and ever since the 1960s has become an integral part of the expressive language of art. The journey made by light has very remote sources. It has passed through myth and metaphysics, theology and art, before being secularised in our everyday lives, trapped in our control and our practical activity. Becoming material of our objects and object of our work, it asks for a different perception of the world, a different bearing of the body, a much more fluid boundary between inside and outside.

The exhibition brings together a group of artists from different countries and belonging to different generations – Alberto Garutti (Galbiate, Lecco, IT, 1948), Alfredo Jaar (Santiago de Chile, CL, 1956), Ann Veronica Janssens (Folkestone, UK, 1956), Joseph Kosuth (Toledo, USA, 1945), Daniele Milvio (Genova, IT, 1988), Kaspar Müller (Schaffhausen, CH, 1983), Michel Verjux (Chalon-sur-Saône, FR, 1956) – whose works presented at Casa Masaccio focus on phenomena of perception and on the idea that light itself can be both subject and material of art.

Alberto Garutti’s intervention consists in scattering around the layout of the exhibition works from the series What happens in rooms when people have left? (1993-2021), in which the artist appropriates bits of domestic memory and materials of daily life in order to continue his subtle critical analysis of the systems used for the display of works of art.
On this occasion too, the contributions of Alfredo Jaar, an undisputed protagonist of today’s art scene, incorporate questions that regard socio-political issues and probe the significance of struggle and participation, of political and social engagement, seeking to raise people’s awareness of and sense of responsibility for the world and what goes on in it.
The principal aim of Anna Veronica Janssens’ practice is to investigate the perception of reality by dematerializing it through a variety of means, chiefly light. Since the end of the 1980s, in fact her work has been based on natural optical phenomena of light and colour. The artist has always experimented with the distinctive traits of carefully chosen materials, with forms and light, getting them to interact with our perception of reality so as to create a recurrent vocabulary of minimalist motifs.
Since the 1960s Joseph Kosuth, one of the pioneers of conceptual art and installation art, has been producing works based on language and on strategies of appropriation. For an exhibition dedicated to the memory of Daniele Del Giudice, one of the greatest Italian writers of the second half of the 20th century, his intervention tackles the problem of time through a multiplicity of allusions to other artists, thinkers and authors. In Quoted Use (2019), the artist appropriates personal items and objects of everyday use that belonged to writers and influential cultural figures, including Jane Austen, Samuel Beckett, Simone de Beauvoir, Charles Darwin, Marcel Duchamp, Albert Einstein, Søren Kierkegaard and Virginia Woolf.
And on this occasion Kaspar Müller confirms his practice of ‘bricolage’, transfiguring the codes of the design of furnishing accessories used for the lighting of interiors and subverting them through minimal variations, so as to invent other objects. The range of meanings commonly attributed to this kind of element works with images, icons and groups of symbols to produce a single system that expands in time and space to suggest alternative scenarios of loss and subsequent recovery of energy. For –“Mehr Licht!”- Kaspar Müller has specifically conceived Tree of lights (2021), a work that moves between sculpture, design and art in a functional context.
The work of Daniele Milvio is founded on a roving iconography that does not stem from formal speculation, but arises out of and is shaped in his almost daily practice of drawing. For the exhibition at Casa Masaccio, the artist is presenting In tutta la città si facevano testamenti (All over the city people were writing their wills, 2016), a bronze located in the ‘alley’ of the building and conceived with the intent of creating a sculpture that would be hard to date, but that in reality turns out to be an overgrown oil lamp whose iconography makes reference to motifs from the first half of the 17th century.
Rather than internal spaces Michel Verjux’s creations are ‘interior bodies’ with affinities to biotic luminescence, quite different from painterly luminism and from sculptures of light intended for mere contemplation. Their topology makes them thresholds of invitation to perceptual transits, indications of the underlying link between energy, concept and matter. In fact the French artist’s éclairages consist of pure ‘light’, projecting artificial light onto sunlight and glowing as they illuminate.

-“Mehr Licht!”- is dedicated to the memory of Daniele Del Giudice (Rome, 11 July 1949 – Venice, 2 September 2021), whose essays in the volume In Questa Luce (Einaudi, Torino 2013) have served as a guide in the preparation of this exhibition.