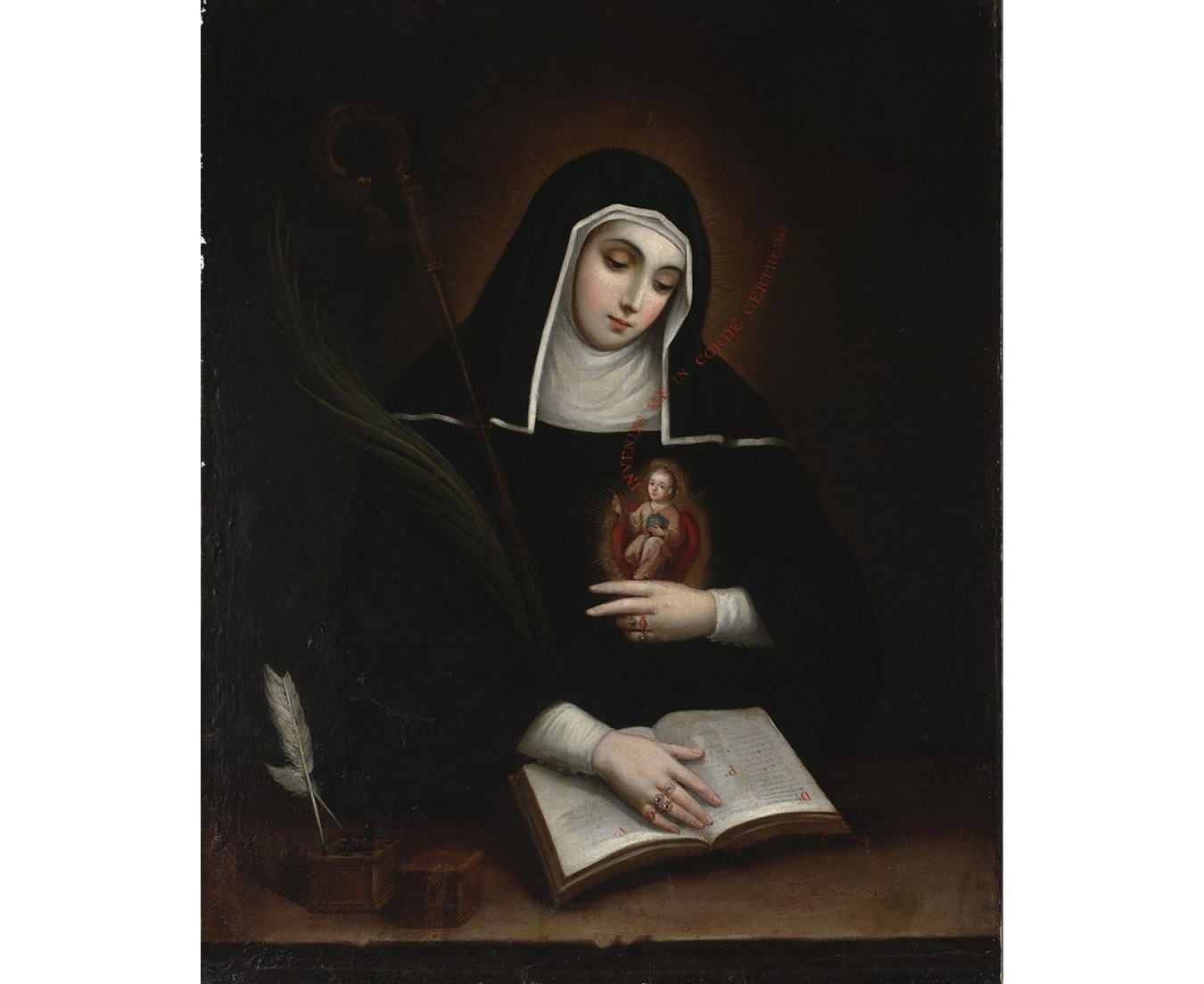 THE HEART WAS DIFFERENT
In 1962 Gallimard brought out Symboles fondamentaux de la science sacrée by the French writer, occultist and philosopher René Guénon (1886-1951), a book that set out to explore at a global level, ranging across the continents and religions, the symbolism of the sacred: the dome, the wheel, the tetractys, the world egg, the tree of life… What did the heart symbolise before the culture of Romanticism took it up as the centre of the affections? Why did female saints and mystics utilise a sentimental, emotional vocabulary in which they always adopted the word ‘heart’ to speak of their closeness to God? We are accustomed to giving it a post-psychoanalytical interpretation, ignoring however the symbolic value of language farther back in the past and forgetting that before the 18th century the heart was different.

This is what René Guénon has to say in the chapter entitled “The Radiating Heart and the Flaming Heart” of his Fundamental Symbols: The Universal Language of Sacred Science (Cambridge, UK: Quinta Essentia, 1995):

It is hardly necessary to recall that the correlation of sun and heart, insofar as both alike have a ‘central’ symbolism, is common to all traditional doctrines, of the West as well as the East. It is thus, for example, that Proclus, addressing himself to the sun, says: ‘Occupying the midmost throne, above the ether, and having as emblem a dazzling circle which is the Heart of the World, thou fillest all with a providence apt to awaken the intelligence’. We cite this text especially, in preference to many others, because of the formal mention of the intelligence that is made in it; and as we have often had occasion to explain, in every tradition the heart is also considered before all else as the seat of the intelligence. Moreover, according to Macrobius, ‘the denomination “Intelligence of the World” responds to that of Heart of Heaven; source of etherial light, the Sun is for this fluid what the heart is for the animated being’; and Plutarch writes that the Sun ‘having the strength of a heart, disperses and gives out from itself heat and light, as if these were blood and breath’. […]

In certain cases concerning the heart, the representation includes only one of the two aspects of light and heat. Light is naturally represented by radiation of the ordinary type, that is, by rectilinear rays alone; as for heat, it is most commonly represented by flames issuing from the heart. It can moreover be noted that the radiation, even when the two aspects are united, generally seems to suggest an acknowledged preponderance of the luminous aspect. This interpretation is confirmed by the fact that the representations of the radiating heart, with or without the distinction of the two kinds of rays, are the older, dating for the most part from times when the intelligence was still traditionally related to the heart, while representations of the flaming heart became wide-spread especially under the influence of modern ideas and the consequent reduction of the heart to a correspondence with sentiment only.

Guénon explains that the heart was seen as the seat of intelligence, and that that intelligence was not the more modern concept of reason, but included love. The deviation in the significance of the heart so that it was no longer related to intelligence “is doubtless to be imputed largely to rationalism insofar as it claims to identify intelligence purely and simply with reason; for the heart is not related to the rational faculty, but to the transcendent intellect which, precisely, is ignored or even denied by rationalism.’ In other words, if we don’t know the history of these concepts over the centuries that preceded contemporary consciousness, we cannot understand the language of the female saints and mystics. Pure intelligence is different from reason, just as love is different from sentiment. Guénon goes on to say:

It can easily be understood that certain terms borrowed from affectivity, as well as others, should be susceptible of analogical transposition into a higher order, for all things, apart from their immediate and literal meaning, have in fact a value as symbols in relation to more profound realities; and in particular, it is clearly so whenever there is a question of love in a traditional doctrine. Among the mystics themselves, despite inevitable confusions, affective language appears especially as a symbolic mode of expression, for however much sentiment in the ordinary sense of the word they may incontestably feel, it is nevertheless inadmissible, whatever modern psychologists may claim, that nothing should be there but purely human emotion and affection related as such to a superhuman object.

Guénon explains how in all the texts on mysticism the heart is the old kind, linked not to reason, not to sentiment, but to the transcendent intellect. Hearts are sacred not because the women that speak of them are pure, but because they relate to a broader idea of love than the one with which we are familiar today. Reading the heart of the mystics, between the lines.

St Gertrude the Great (1256-1302), was a Cistercian nun in the convent at Helfta, in Saxony. In her Revelationes or Legatus divinae pietatis she described her first vision of the Redeemer in the guise of an adolescent, come to console her and promise her salvation: ‘O loving Brother, Most beautiful Youth, Most joyful Companion, Most generous Host […] I prefer You to every creature; I renounce all delights on account of you; for You I seek all adversity; and in all this I desire only your praise. That You are the Life-Giver of all that is good – To this my heart and mouth bear testimony’. Taking inspiration from the spirituality of her Order, Santa Gertrude was the forerunner of the devotion of the Sacred Heart of Jesus. Here the iconography depicts her in monastic robes, with a flaming heart enclosing the Christ Child in accordance with the motto: “In corde Gertrudis invenietis Me” (“In Gertrude’s heart you will find me”). Among the other attributes appear a book, the pastoral staff and a palm branch. This is how she is depicted in the 18th-century picture by the Mexican painter Miguel Cabrera, now in the Dallas Museum of Art.

“No Testament” is one the most important pieces in the entire output of Wim Mertens, released at the end of what could be called the first stage of his career. The track was on the album Motives for Writing, which came out in 1989. The Belgian musician is the leader of a large ensemble in which wind instruments predominate and here introduces percussion into his composition (for one of the first times) to underline its highly rhythmic, almost agitated pace. It reflects the euphoria of mystics filled with desire through its almost mathematical schemes, superimpositions that arrive at the theme only in the finale, in a vortex of feverish exaltation. And with the marked bent for melody that characterises much of his music. The agile orchestra is made up of Dirk Descheemaeker (clarinet and soprano sax), Marc Grauwels and Eric Mertens (piccolo), Luc Verdonck (bassoon), Lieven Van de Walle (cello), Eddy Verdonck (trombone), Etienne Siebens and Geert Steen (tuba), Marc Bonne (percussion) and of course Wim Mertens (piano and voice, as well as composer, arranger and produce). In 1990 it was also brought out by Les Disques du Crépuscule on an EP CD together with four other pieces and as a 7”/45 rpm single with the track “Watch!” on the B side. At the time it was the second record by Mertens to be pressed in Italy (vinyl and compact disc) by Materiali Sonori.
Giampiero Bigazzi, October 2022