Cinzia used to call me: “Do you want to photograph a dragon?” Or: “Shall we do some theatre tomorrow?”

This was always followed by a laugh.

She often worked in her studio on Via Crocefisso, and sometimes in her living room at home.

She prepared the set, or rather, indicated the spot where she had chosen to set the scene.

Then she showed me the clothes or accessories, the tables, the thrones, and laughed in amusement.

The sets were composed little by little, without hurry and in silence. Meanwhile, the models were putting on their make-up.

No explanations were needed, our understanding was total. Anything that might be added or removed from the set would be accepted by both of us.

The photos I’m showing are, perhaps, the least well-known, but they contain many of the characteristic elements of Cinzia’s poetics.

This feature was shot for Casa Vogue (editor Isa Vercelloni ) in 1984.

Giancarlo Maiocchi (aka OCCHIOMAGICO) A photographer and artist, he has been working in the fields of communication and art in Milan since 1972. He has also worked in advertising and fashion. The results of his artistic research have been exhibited in Italy and abroad since 1978. He focuses on planned landscapes, imagined objects, clothing that is yet to come. His photography represents in a realistic way the project and not the object. Since 1990 he has taught Image Design at the IED (Istituto Europeo di Design) and IIF (Istituto Italiano di Fotografia).

Project carried out as part of the initiative Toscanaincontemporanea2020. 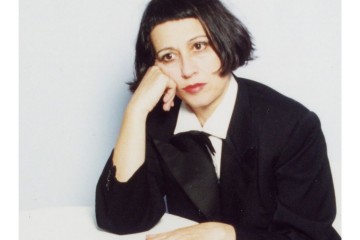